In October 2017, massive wildfires ravished Northern California, yet out of the destruction came a story of hope and love. In the middle of the night, when Odin’s family fled the flames encroaching on their ranch, the working dog refused to go with them. Instead, he chose to remain behind and guard his flock of eight goats. This true story of a fearless and faithful dog is beautifully illustrated by Carrie Salazar.

“A Great Pyrenees dog named Odin narrates this dramatic story based on true events. The dog relates the harrowing tale in first-person present tense, adding dramatic suspense as the plot unfolds. . . The scenes of the nighttime fire and the hazy, gray day that follows, however, project a dreamlike effect that in combination with the posed animals conveys the nightmarish quality of the wildfire and its aftermath. . . A final page gives information about Great Pyrenees dogs. An entertaining story of a dog’s brave behavior in a devastating wildfire.” –Kirkus Reviews

“A heartwarming tale of survival against all odds… Highly recommended for all school libraries.” –School Library Journal 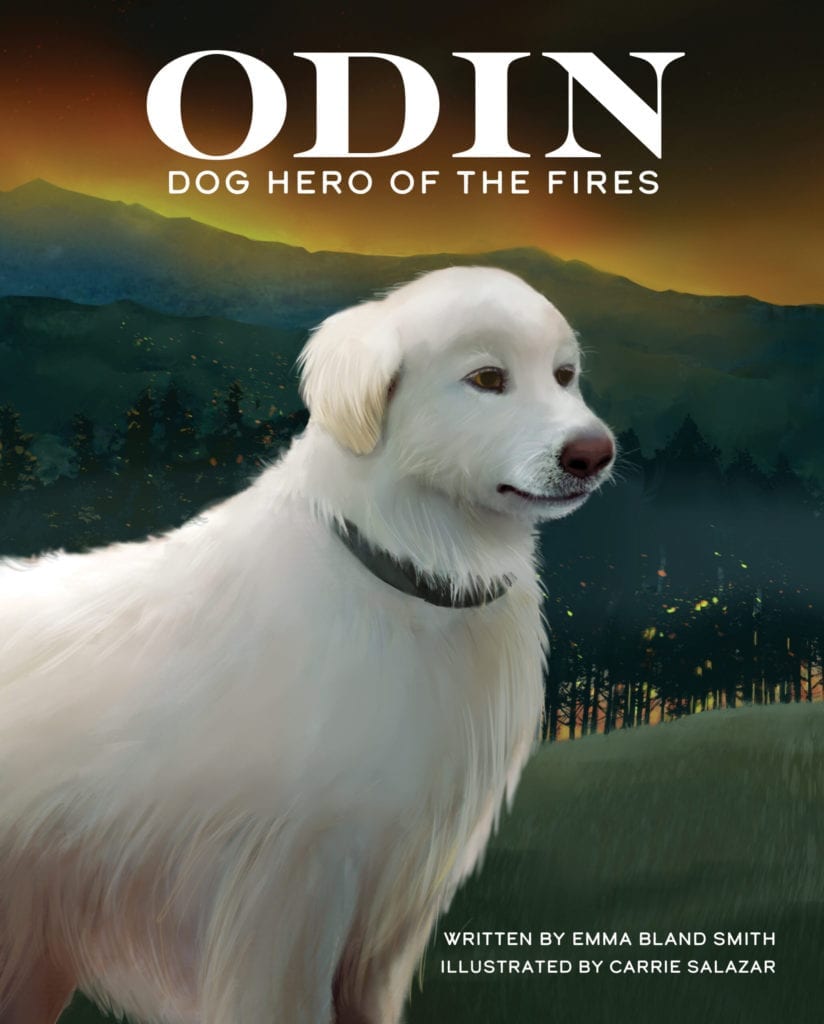