The city of Paris wanted to tear down the Eiffel Tower! Gustave Eiffel, an engineer and amateur scientist, had built the incredible structure for the 1889 World’s Fair. Created using cutting-edge technology, it stood taller than any other building in the world! More than a million delighted people flocked to visit it during the fair. But the officials wondered, beyond being a spectacle, what is it good for? It must come down!

But Eiffel loved his tower. He crafted a clever plan to make the tower too useful to tear down by turning it into “a laboratory such as science has never had at its disposal.” As the date for the tower’s demolition approached, Eiffel raced to prove its worth.

Could science save the Eiffel Tower?

STARRED REVIEW ★ “The engaging narrative builds tension as Eiffel attacks the problem of saving his tower as he would an engineering problem, trying one approach after another until finally, cleverly, he succeeds. With varied compositions and a rich yet subtle palette, the illustrations work seamlessly with the text, while portraying the man within a beautiful period setting. One of the few picture-book biographies celebrating the work of an engineer, this volume tells the little-known story of a man who left his mark upon the world.” –Booklist 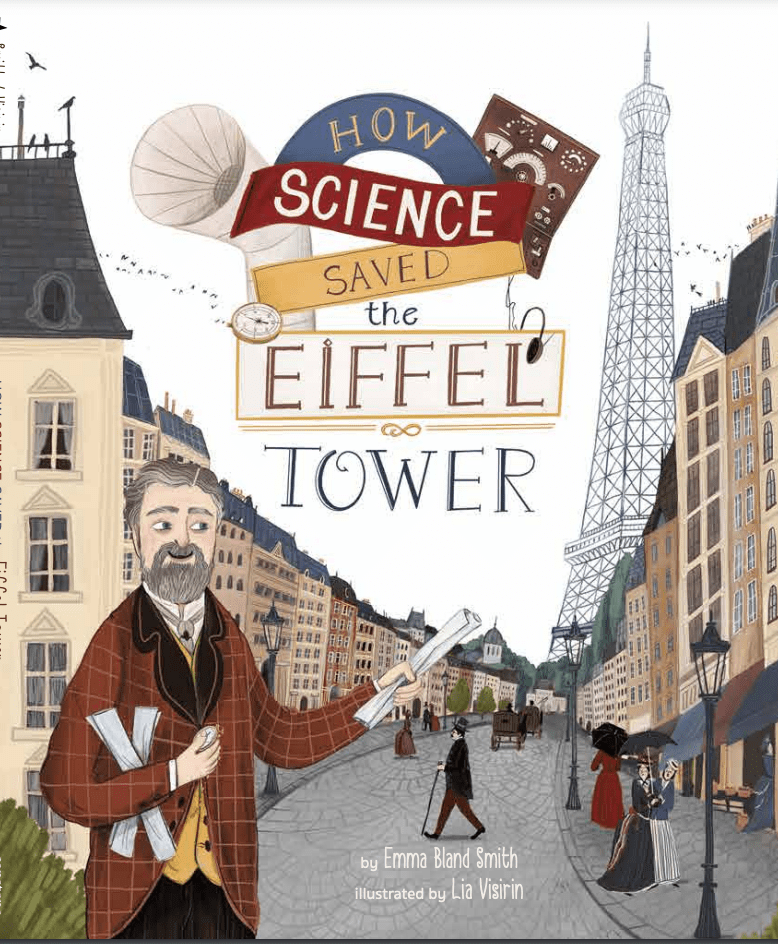